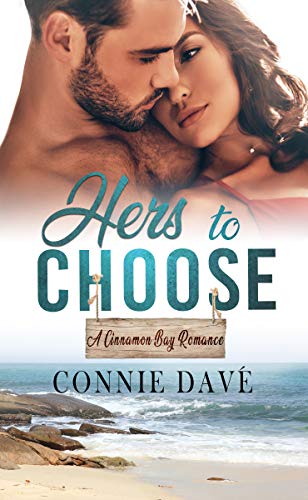 She’s living a secret life.
He’s trying to rebuild his shattered world.
Can they find the solace they need in each other’s arms?

All her life, Rani Kapoor has made it seem as if she follows her parents’ wishes. But she’s a master at breaking the rules and now she has a secret. By day she lets her parents pick her clothes, her friends and even her career as a lawyer, but by night, she’s Kara Quinn, the wildly popular, bestselling romance writer. It’s all smooth sailing until her parents spring an arranged marriage on her, and Rani rebels. Now, she’s hiding out in the perfect, beachy paradise of Cinnamon Bay.

Brock Gibson, owner of Cinnamon Bay’s finest restaurant, yearns for the simple life he used to have. Before cancer stole his mother and a lie concealed his true biological father. He’s torn between the man who raised him and the birth father pushing to meet him. On the secluded shores of the bay, Brock encounters a glorious beauty in a red sari, and she too seems to be carrying a weight of misery upon her shoulders.
Instant attraction blossoms, making it impossible for them to deny the depth of their emotions. But will they be able to break the ties that bind them to the past and find their happily ever after?

Delve into a new world of romance, mystery, and magic in the quirky, coastal town of Cinnamon Bay, North Carolina…one click-it today!